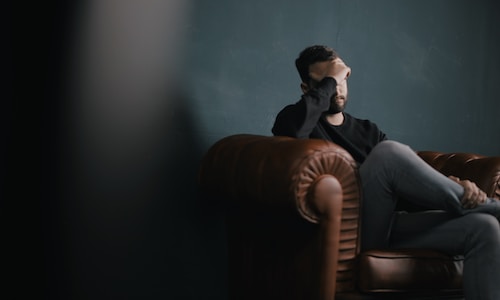 As a society, we don’t talk enough about men’s mental health and wellness, which is something that’s seen as a ‘female space’ across social media, magazines, and TV, despite the fact that men have a higher rate of suicide globally than women. Mental health in men is a sorely under-explored topic in our wellness conversations — and in honour of Father’s Day this month, we’re highlighting four key issues affecting men’s mental health in this day and age, and how you can help the men in your life overcome them!


OPEN UP
We’ve made a lot of strides in the past few decades in terms of breaking down gender norms — enough that these days, when you think of that stereotypical stiff-upper-lip man, you’re likely thinking of your father, or other men of his generation.
Not so: recent studies show that although the modern man might know logically that talking about their feelings is good for their mental health, well over half of men at 58% feel pressured to be manly. Other stats back up this claim: 39% of men say they change their behaviour to appear more manly, 29% of men say they hold back from tears in front of others. All of this stems from a societal expectation imposed by men and women that a ‘man’ bottles up every emotion except anger, refrains from vulnerability, and has a low emotional intelligence.
To make sure that this toxic attitude dies in the past, it’s important that we teach our sons to embrace vulnerability: their tears, their frustrations, their hurt are as important to express as their happiness, their enthusiasm, and anger. Encourage your sons, your partners, and your fathers to speak and open up — you may be surprised at what this deluge could bring to light.


WRITE IT DOWN
We get it. Not all men are comfortable enough with themselves or their feelings to speak about them with peers and that’s perfectly understandable. In a society where we deride men for being emotional and then turn around and blame them for having emotions, it may be difficult for some men who feel like they’re caught in a catch 22.
If a man in your life is clearly not ready to open up — either with you or with other friends — then the best thing you can do for him is to encourage him to open up to himself. Not for nothing is journalling highly recommended by therapists and psychologists: studies have repeatedly shown that when we write down our emotions and thoughts, it helps to lessen stress, encourage self-knowledge and self-love. Awareness of the self, after all, is the first step towards acceptance of the self. It’s only when we admit how we feel to ourselves, that we can admit it to someone else.


EQUALITY IS FOR EVERYONE
Gender inequality doesn’t just hurt women, as it turns out! Sure, we may have been trapped by the glass ceiling, hindered economically, politically, and societally by patriarchy — but in this evolving world, the trickle down effects of remaining gender inequality often hurts us through indirect and intimate ways that we wouldn’t usually think about.
After all, there’s a gap between the societal reality that women are more independent than ever, and the tired old idea that men should be the breadwinner.
Recent studies show that men who have more traditional beliefs about gender roles are suffering a spike in stress levels as their wives begin to contribute more and even dominantly to the household income. This stress can lead to physical and mental issues such as cardiovascular disease and depression but unlike other environmental stressors, the journey to cure this outdated belief is something is not a stop gap of wellness, but rather a long term act of growth that can benefit your relationships in the long run.
If you ever feel like your partner is developing resentment over your success, it may help both of you to sit down and have a long candid discussion. After all, it’s not fair for you to dull your light to fit the man in your life but it’s also important to remember that these toxic beliefs often take years to instil, and may take a similar amount of time to get out of it too. Put in the work, and watch it blossom.


… AND SO IS YOGA
Men tend to think of exercise as a long hard run or a sweaty weight session in the gym its exercise with a capital E that gets your blood up and your heart going, while yoga is generally thought of as being for women. While strength training and running are great for building muscle, maintaining optimal health, and staving off heart disease, yoga is more of a full body conditioning exercise that includes your mental space. Slow, focused, more about stamina than strength, yoga conditions practitioners to live in the body, retreat to a place of mental stillness, and feel every muscle in this quest for connection between mind and body.
Although yoga has numerous health benefits, it’s also one of the few physical activities that isn’t focused on appearance rather, a successful yoga session isn’t about achieving a pump, hypertrophy, or an endorphin rush — it’s about that place in your mind, your happy place, that lets you reduce overall stress in all other areas of your life. This is why yoga is a mental exercise as much as it is a physical one and one that men have yet to benefit from! Next time you’re heading out to a yoga class, bring your man there’s a beauty in that stillness, and he’ll be a convert in no time.


HAVE TIME TOGETHER, AND HAVE TIME APART
While women often have a large network of female friends we go to to spill our problems and cry with, this network is often missing for most men. In fact, over a quarter of men say that they have no one to speak to about their problems - even though you may feel like your son, father, or partner have plenty of friends, what most women don’t understand is that many male friendships don’t function the same as female ones.
The societal expectation that men should bottle up their feelings extend to every aspect of male life including friendships, where men don’t generally speak about their feelings to each other. This is why widowers and single men report higher levels of stress and depression — because that burden of sharing is reserved for the women in their lives, and when there is no woman, that burden is internalised. This can be unhealthy not just for the man in question, but for their partners, who have to be the entire emotional network — a role that is often spread across several female friends for women.
While your partner should always be your first port of call in a crisis, it is important to encourage a wide, multifaceted emotional support network for the men in your lives. Listen to your sons, but encourage them to share their feelings with their friends. Comfort your father, but encourage them to find likeminded friends of their age, who are going through the same issues. The wider the circle of care, the more cared for the soul — from every direction. 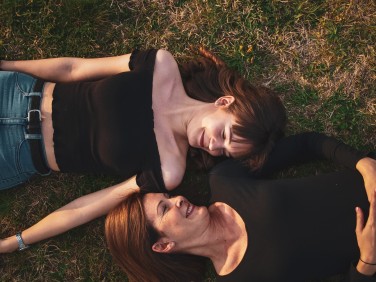